Established in the 15th century, this is the oldest park in Glasgow.  The park includes several notable monuments including Nelson’s Monument, St. Andrew’s Suspension Bridge, Templeton Factory, the People’s Palace, McLennan Arch and various fountains. The Glasgow Green Football Centre opened in 2000 and is the location of the Glasgow National Hockey Centre, originally built for the 2014 Commonwealth Games. 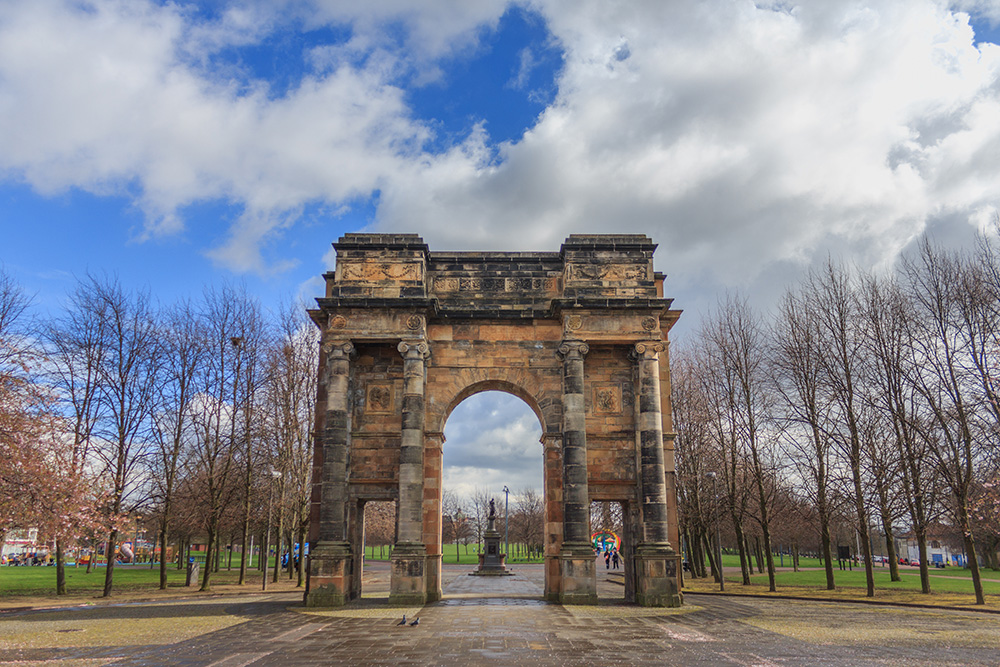 Located on the River Kelvin on Glasgow’s West End, this park also includes the Kelvingrove Art Gallery and Museum. The park had previously been the site of several exhibitions in 1888, 1901 and 1911. At 34 hectares in size, it is an urban haven for wildlife including birds, red fox and otters. The park includes a bandstand, skate park bowling and croquet greens plus various statues and monuments.

Located in Glasgow’s west end, this botanic garden features several glasshouses, of which the mote notable is Kibble Palace. The gardens include a wide array of tropical flora as well as an herb garden and a world rose garden opened in 2003 by Princess Tomohito of Mikasa. The gardens were awarded a Green Flag Award in 2011 and include a variety of sculptures throughout the park. 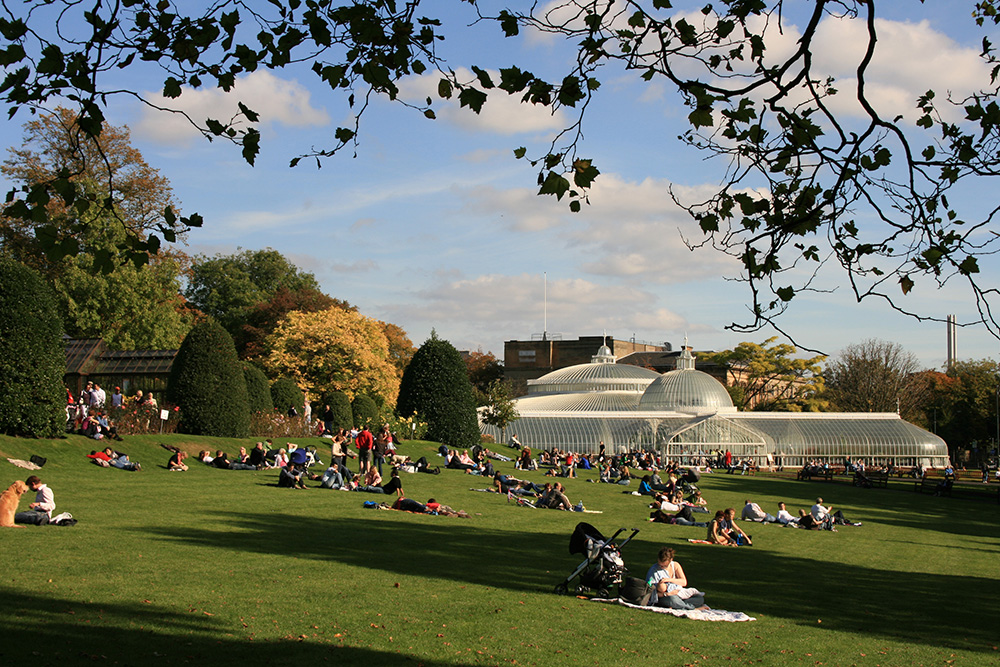